Both athletes will be representing USA by competing at several World Taekwondo events starting with the Canada Open Taekwondo Championships  OCT 4 - 6, 2019 / MONTREAL, QUEBEC

San Agustin won his first three matches in the junior sparring (15-17) male flyweight (48 kilograms) division before losing a close match to eventual champion Kenneth Victoriano of California, 37-33, in the semifinals.

San Agustin started the tournament with a 17-8 win over Jacob Du, defeated Dorian Walczak 38-27 and then beat Guillermo Rodriguez Ponce of Mexico 13-11.

The U.S. Open included over 2,400 elite black belt athletes, including Olympians, from 80 countries. 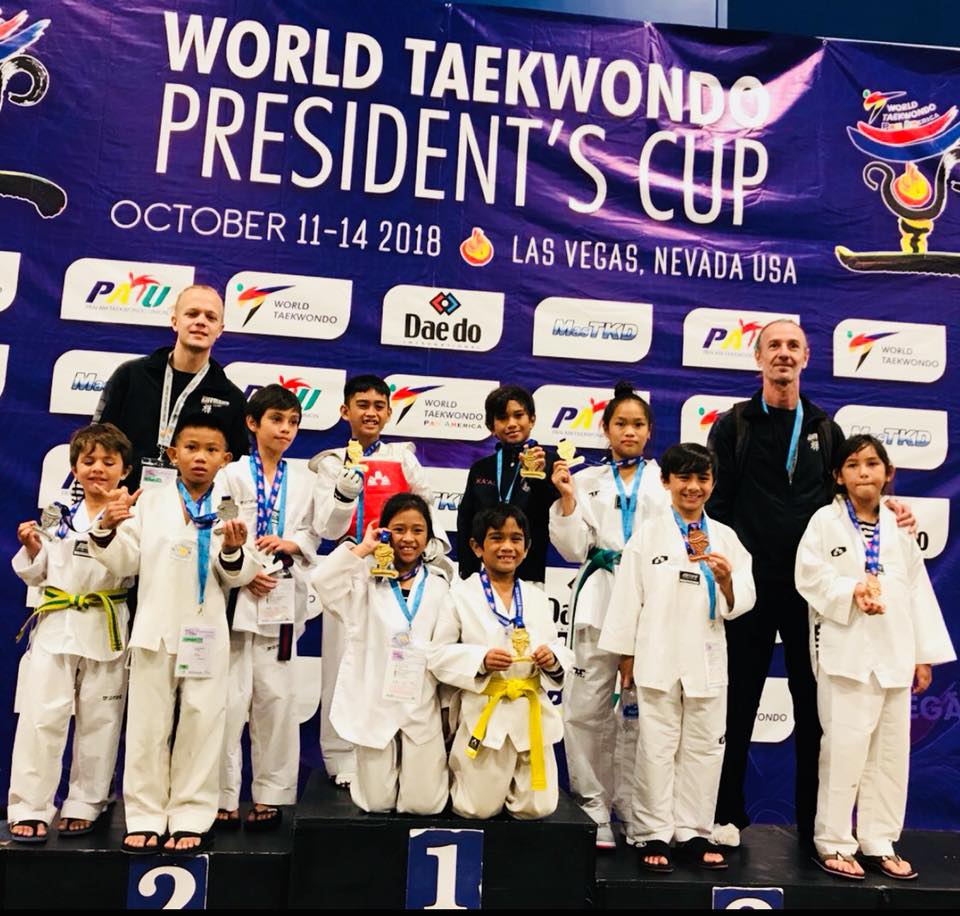 The 2018 World Taekwondo President's Cup was held in Las Vegas, NV from October12-14, 2018. It featured Olympians and elite athletes from more than 50 Countries making it the highest ranked international Olympic Qualification event (G2) in the USA along with the US Open Taekwondo Championship.

In the Black Belt Boys 8-9 (-30kg) division Ka'ale Mailou Kaiwi (8-9) earned a Gold medal after receiving a bye in semis and defeating a competitor from USA in the finals.

Miles Kiffmann competed in bantam weight (-63kg) and won his first match against the 2018 US Open Gold medalist Gabriel Marques from Brazil, before losing to William Da Silva also from Brazil.

Kiffmann Taekwondo also had color belt athletes compete as this year’s event featured one day of color belt competition in addition to the Olympic qualification. 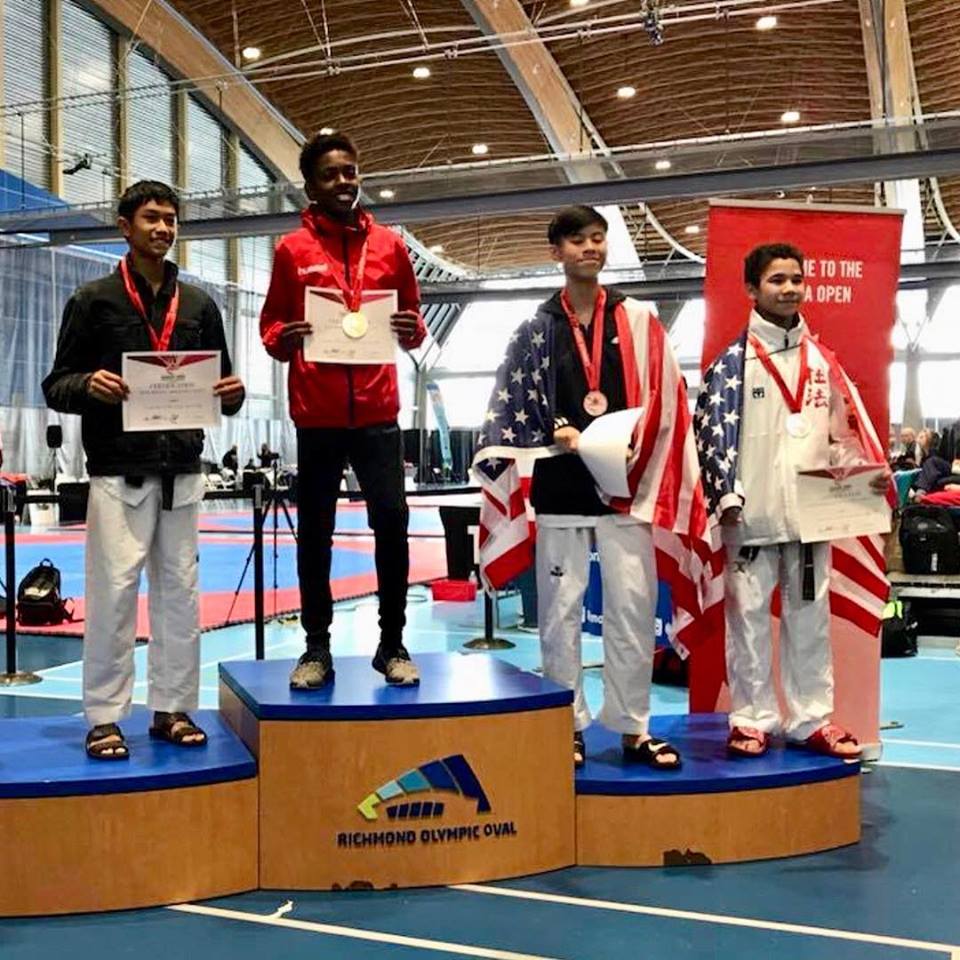 The 2018 Canada Open Taekwondo Championship was held SEP 14 - 16, 2018 in  RICHMOND, BRITISH COLUMBIA. It was an international Olympic Qualification event (G1).

Miles Kiffmann competed in the senior feather weight division and won his first match against BENAOUDA Bachir from Canada. He lost in Quarter Finals to the eventual Gold medalist Yosvel Perez

The 2016 World Taekwondo President's Cup was held in Portland, OR from October 27-30, 2016. It featured Olympians and elite athletes from more than 20 Countries making it the highest ranked international Olympic Qualification event (G2) in the USA along with the US Open Taekwondo Championship.

Jerico San Agustin had to win 5 straight matches against some of the the world's best  athletes in the Black Belt Cadet Fin weight sparring division (33kg).

With this win he also received a wildcard to represent the USA at the 2017 Pan Am Championships.

Camy also won the 2016 AAU team trials held in Fort Lauderdale, FL, Sept9-11, 2016 to become the2016 AAU National Team member. She won all her matches, First match vs Naishka Roman 10:4, second match vs Camille Vega 10:3 and the finals against Camille again 5:1. She will be competing for USA at a major Olympic Qualifier in Europe in 2017 with all expenses paid by AAU.

Camryn Henry and Anisha Patterson from Kiffmann Taekwondo were the only athletes from Hawaii to qualify and compete at US Jr. Team Trials, August 27-29, held at the Olympic Training Center in Colorado Springs. The winner of each weight class was selected to be the US National team member for the upcoming JR. World championships in Burnaby, Canada November 16-20, 2016. The competition format was double elimination.

Anisha Patterson lost her opening match to the #2 seed Anya Sagovnovic(NV), then won her match against Abigail Fisk from Maryland who defeated her at US Nationals. Finally she lost to the #1 seed and eventual team member Trinity Sullivan(TX).

Camryn Henry was the #1 seed after winning US Nationals. She won all her matches, defeating the 2014 Cadet World Champion Melanie Diaz(CA) twice. She becomes the first athlete from Maui to make the US National team and compete at a World Championship.

Camryn and Anisha both qualified for US Junior Team Trials , August 25 at the Olympic Training Center in Colorado Springs.

Congratulations to our team for their outstanding performances. Everyone qualified for Nationals.

Special recognitions goe to TJ beating Maui TKD player 12:0 by point gap in semis and to Jerico defeating TJ thereafter in the finals. Mahalo to all the parents supporting their kid's dreams!!